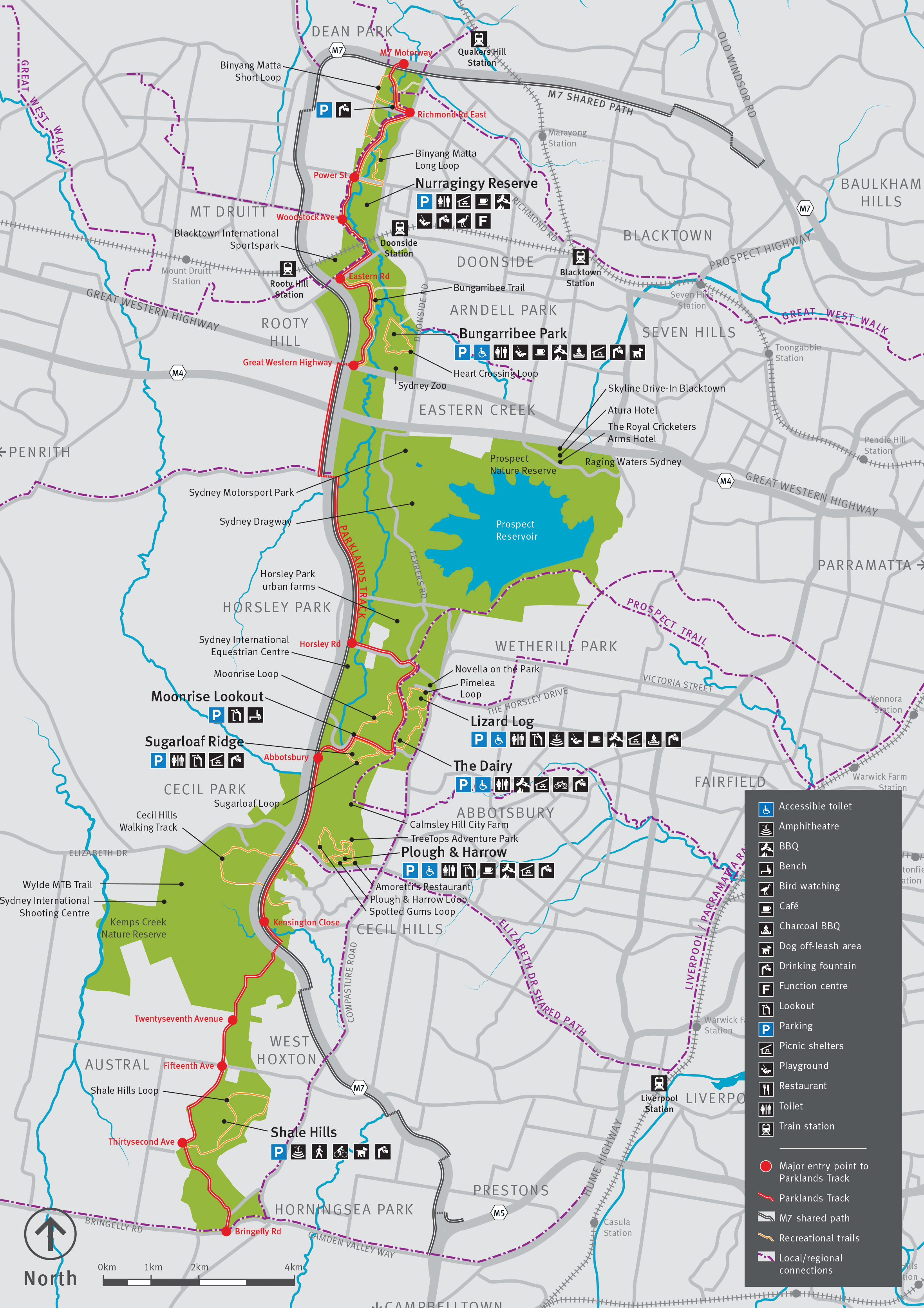 As for all successful cities, the stresses of population growth have been a repeated theme of Greater Sydney’s story. After World War II, Greater Sydney’s expansion became the subject of more formal attempts at an urban planning scheme to guide its growth.

The Cumberland Plan was followed by the Sydney Region Outline Plan in 1968, which among other critical concerns, made provision for a huge stretch of open space in the rapidly expanding city. That open space is what we now know and love as Western Sydney Parklands, the largest urban parkland in Australia and one of the defining features of our western city’s landscape.

Western Sydney Parklands have been 50 years in the making and are an important example of the value of long-term strategic planning, with the Office of Strategic Lands, over several decades,  identifying and acquiring the lands that now comprise the Parklands.

They are the largest urban park in Australia, spanning 27 kilometres across 5,200 hectares, which is 14-times the combined size of the Royal Botanic Gardens, the Domain, Centennial Park and Moore Park.

The Parklands are one of the biggest successes of urban planning and government in making decisions and reaping the rewards over a long period of acquisition and protection. This was recognised by the Chief Commissioner’s Award in the 2018 Greater Sydney Planning Awards.

Western Sydney Parklands remains an important part of Country for Darug people to this day and falls within the interests of the Deerubbin and Gandangara Local Aboriginal Land Councils.

They continue to show their worth to all of Sydney but particularly residents of Western Sydney as the pandemic has highlighted once again the value of our open spaces and green infrastructure.