Go
X
Planning Priority E17
In giving effect to A Metropolis of Three Cities, this Planning Priority delivers on the following objectives and the corresponding strategies:
Objective 32
The Green Grid links parks, open spaces, bushland and walking and cycling paths

The Greater Sydney Green Grid is a long-term vision for a network of high quality green spaces that connects communities to the natural landscape. It links tree-lined streets, waterways, bushland corridors, parks and open spaces with centres, public transport and public places.

As one of the most urbanised districts in Greater Sydney, some suburbs have high proportions of hard surface areas and correspondingly low levels of tree canopy cover. Suburbs such as Botany Bay, Randwick, Marrickville, Ashfield through to Strathfield have low tree canopy cover. Botany Bay, for example, has only 12.1 per cent tree cover, compared to North Sydney (28.6 per cent) and Pittwater (59 per cent)34. By contrast, other established neighbourhoods have streets lined with mature trees that add to the character and appeal of the District's landscape.

Sustaining boulevards of trees along the District's busiest roads (such as Oxford Street, King Street, South Dowling Street, Princes Highway, Cleveland Street, Hume Highway, Marrickville Road, Parramatta Road and Canterbury Road) is an important step towards improving amenity and air quality, and cooling the Eastern City District. Along many busy roads, where there is limited space to plant new trees, there may be opportunities to plant other forms of green ground cover, such as garden beds and hedges, that can help improve air quality.

The tree canopy may be formed by a mix of native and exotic, deciduous or evergreen trees, which provides shade in summer while allowing sunlight into homes and onto roofs for solar power, particularly in winter.

Therefore, urban renewal and transformation projects will be critical to increasing urban tree canopy cover. This can be complemented by other green cover, including rain gardens, green roofs and green walls. Green cover can help slow and store stormwater and improve water quality, filtering pollution before it reaches the District's waterways.

The District's councils generally provide guidance on enhancing tree canopy and tree cover in the urban environment, and information on street trees. Some encourage permeable surfaces to allow rainwater to soak into the ground and reduce stormwater run-off, which supports the growth of canopy trees and vegetation, and reduces pollution, flooding and urban heat. Where trees are lost as a result of development, some councils, such as Randwick, have developed programs to plant replacement trees in the public realm.

Enhancing the amenity and activity within, and accessibility to, the Greater Sydney Green Grid will promote a healthier urban environment, improve community access to recreation and exercise, encourage social interaction, support walking and cycling connections and improve resilience.

The long-term vision for the Greater Sydney Green Grid in the Eastern City District is shown on Figure 21. This vision will be delivered incrementally over decades, as opportunities arise and detailed plans for connections are refined. Green Grid Priority Projects have been selected to provide district-scale connections that link open space, waterways and bushland. Table 5 lists Green Grid Priority Projects for the District.

Councils will lead delivery of the Greater Sydney Green Grid through land use planning and infrastructure investment mechanisms such as development and land use controls, agreements for dual use of open space and recreational facilities, direct investment in open space, and other funding mechanisms such as local development contributions and Voluntary Planning Agreements.

State regional and district parklands and reserves form a principal element of the Greater Sydney Green Grid for both biodiversity and recreation purposes. 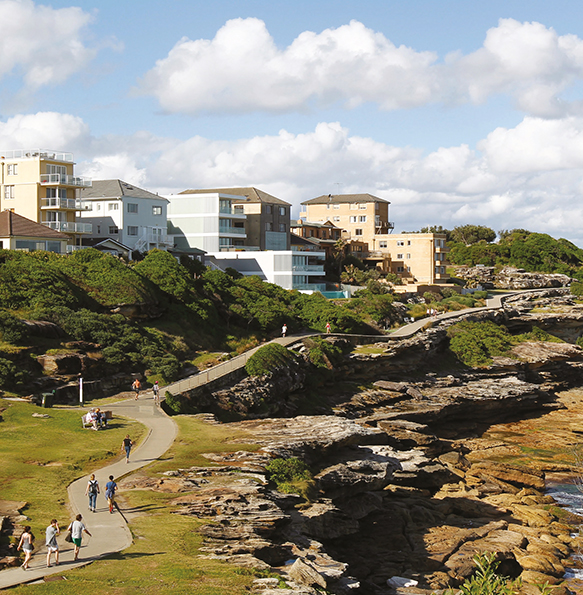 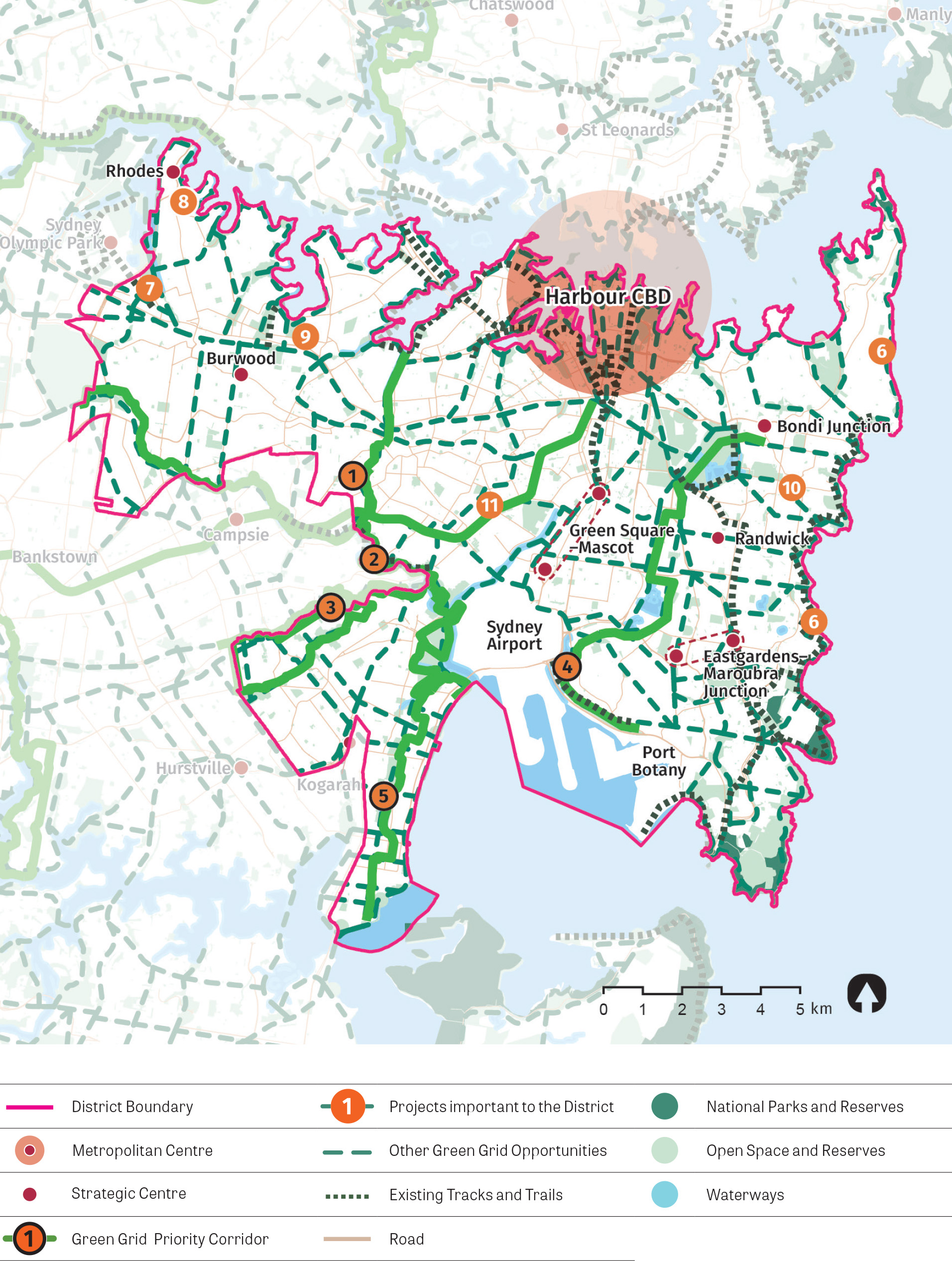