The Central River City will grow substantially capitalising on its location close to the geographic centre of Greater Sydney. Unprecedented public and private investment is contributing to new transport and other infrastructure leading to a major transformation of the Central River City.

The Central River City’s economy is much broader, with the Greater Parramatta and the Olympic Peninsula Economic Corridor taking in the Westmead health and education precinct; advanced technology and urban service sectors in Camellia, Rydalmere, Silverwater and Auburn; and the Sydney Olympic Park lifestyle precinct. The corridor will be supported by the Parramatta Light Rail.

The Sydney Metro Northwest rail link will improve the growth prospects for the north-west of the city by increasing the access to jobs. 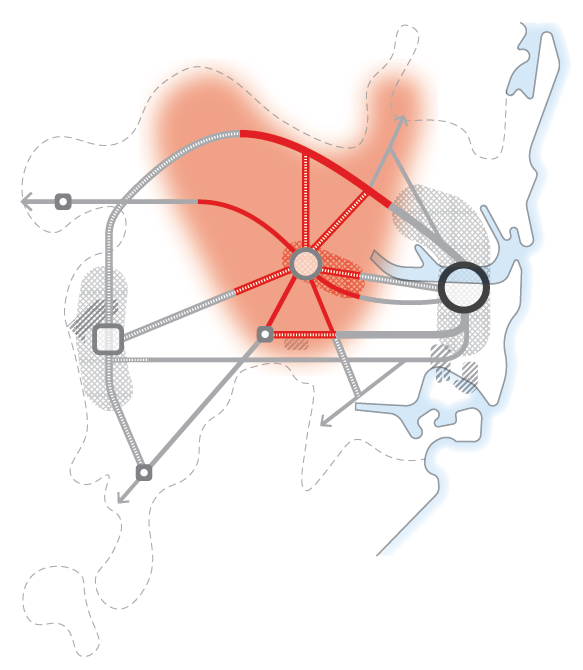 The population of the Central River City is projected to increase from 1.3 million people to 1.7 million people over the next 20 years. This will transform many parts of the city from a suburban to an urban environment.

The city’s rich heritage will be preserved and celebrated; cultural events and facilities will continue to improve the city’s liveability.

Economic activity and infrastructure investment will be focused in the Greater Parramatta and the Olympic Peninsula Economic Corridor and supported by the well-established industrial corridor which extends from Villawood to Wetherill Park.

Economic activity will be enhanced surrounding Greater Parramatta through investment in links to the surrounding strategic centres, such as Bankstown.

In the Central River City, the Greater Sydney Green Grid will improve connections to and enhance existing open spaces, particularly along the Parramatta, Duck and Georges rivers and Prospect Reservoir. 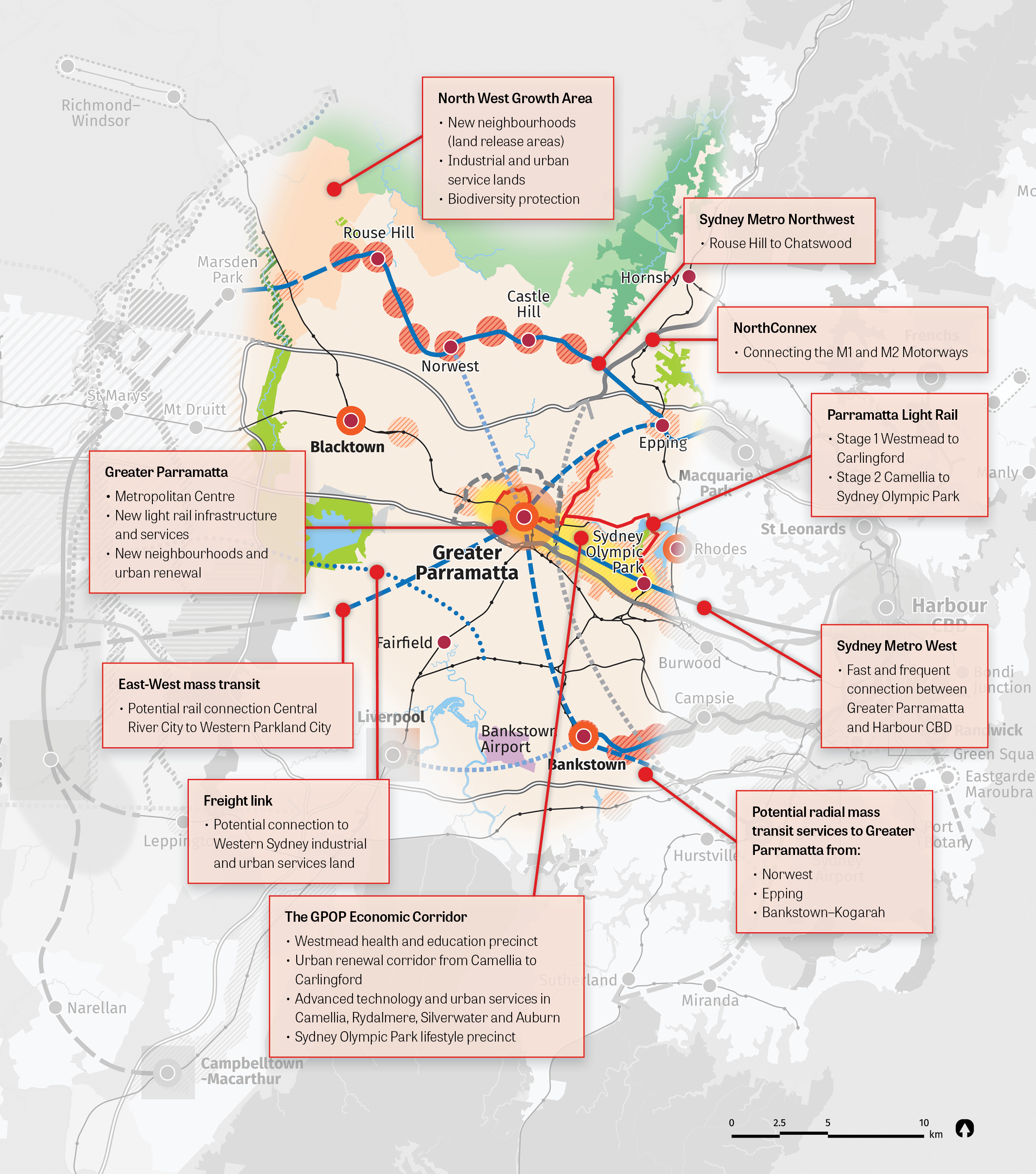 Download this image gsrp_vision_central_city.jpg (format JPEG / 3 MB)
You are here:
A Metropolis of Three Cities
Favourite this section