The Eastern Harbour City has Australia's global gateway and financial capital, the Harbour CBD, as its metropolitan centre. Well-established, well-serviced and highly accessible by its radial rail network, it has half a million jobs and the largest office market in the region.

The Eastern Economic Corridor from Macquarie Park to Sydney Airport is the State's greatest economic asset - contributing two-thirds of NSW's economic growth in the 2015-16 financial year. It will build on its credentials and leverage its strong financial, professional, health, education and innovation sectors.

The Harbour CBD will focus on innovation and global competitiveness to underpin its continued growth. It will extend its capabilities with an emerging Innovation Corridor on its western edge comprising universities, a major teaching hospital, international innovation companies and fast-growing start-ups. 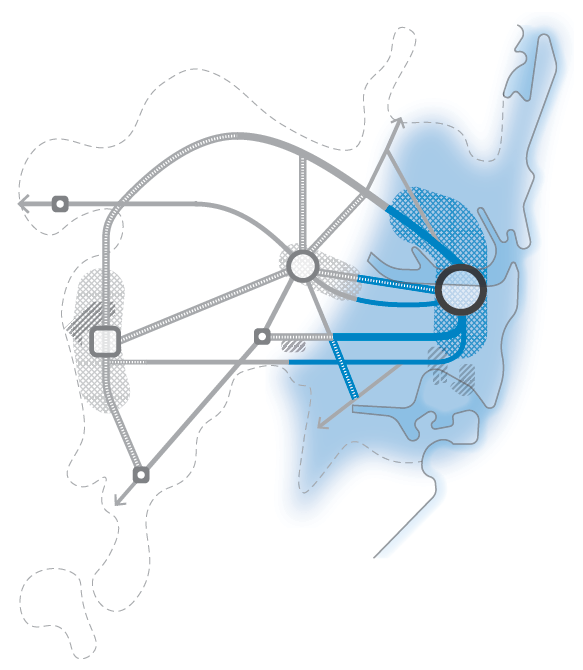 Collaboration Areas include health and education precincts at Camperdown-Ultimo, Randwick and Kogarah with collaboration roles at St Leonards, Macquarie Park and Frenchs Forest.

Further collaboration to address planning complexities and identify ways to support growth will be undertaken at the Australian Nuclear Science and Technology Organisation innovation precinct and the Bankstown Airport and Milperra industrial area.

Innovation and global competitiveness will be focussed in the Harbour CBD, the Eastern Economic Corridor and strategic centres. These will be supported by investments in transport and services, jobs growth and business activity.

Retention and management of industrial and urban service land will enable the growth of nationally significant, and locally important businesses and services.

The Greater Sydney Green Grid will improve access to foreshores, waterways and the coast for recreation, tourism, cultural events and water-based transport. 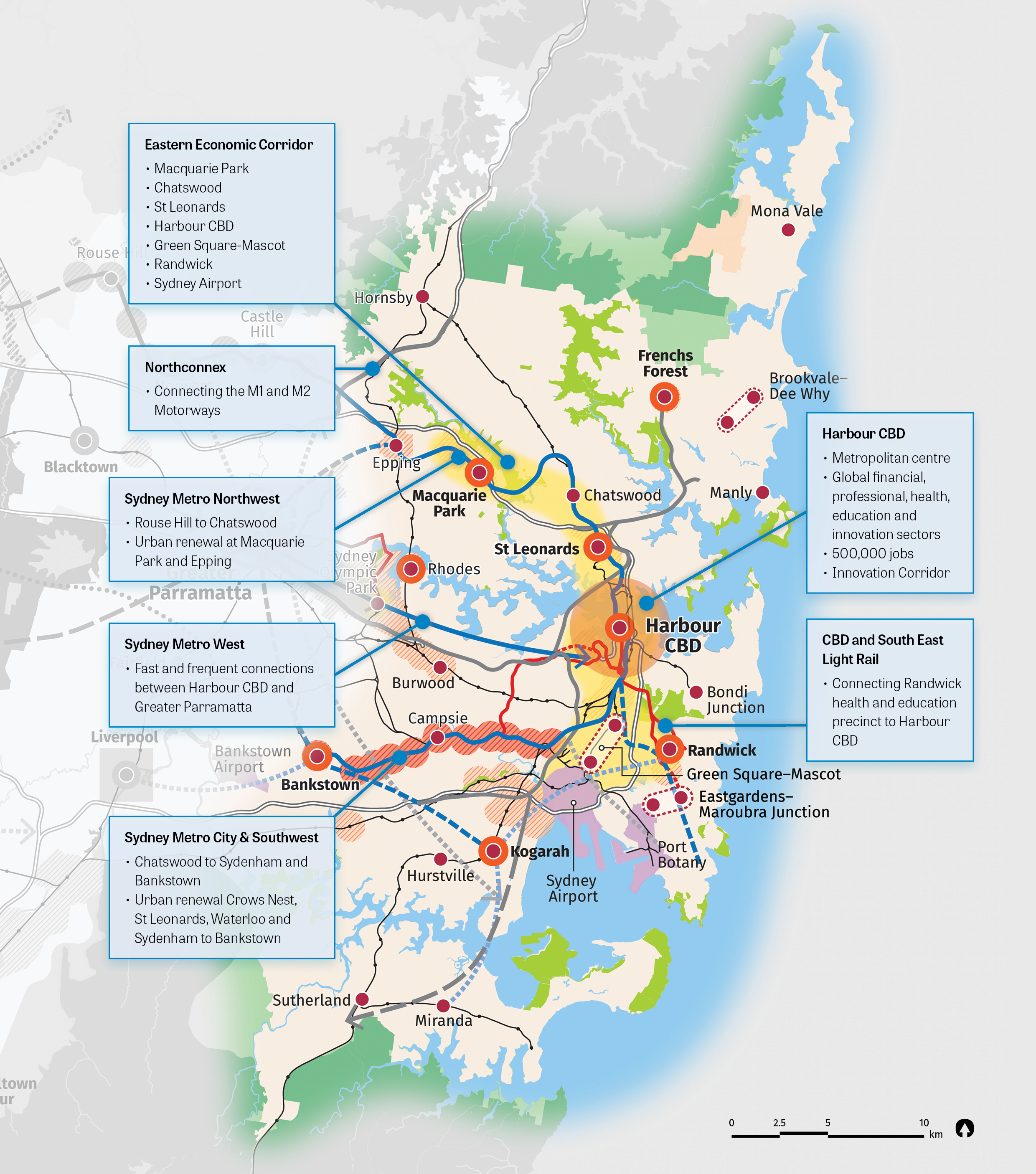